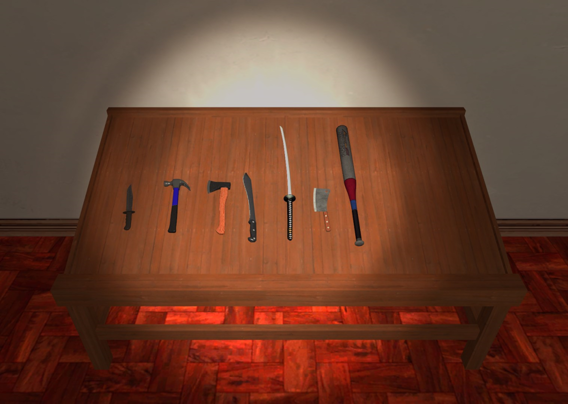 There are many different types with varying attributes and abilities. For example you should use the Meat Cleaver if you want to cause the most bleeding, and the Baseball Bat if you want to stun your opponent the most. Other weapons form the middle ground of these.

There are multiple different weapon types:

Each melee weapon has different levels of the following attributes:

There are also job specific melee weapons such as the Nightstick and the Fire Axe.