Rule 3.4 - Putting your life at risk states that you must, at all times, protect the life, freedom and/or general well being of your In-game character. Any actions taken that may conflict with the previous statement must be done in a realistic fashion and for beneficial reasons only.

This rule is very large and there aren't absolute guidelines for you to follow as it may vary depending on the situation at hand. However, in this guide we will give you some general tips and examples on what you can and sometimes must do to make sure you respect Rule 3.4 - Putting your life at risk.

One of the most common infractions of Rule 3.4 - Putting your life at risk is when players put their lives at risk to cross the intersection / run on the highway to reach their destination faster.

Mostly done by New Players that are still discovering the city, crossing the intersection on foot shows a complete disregard for your In-game character's life especially considering the fact that the Overpass is located merely a couple feet away:

Also, if you wish to join another districts, you can make use of the Monorail to get there! The station is fairly close to the City Hall and you can also check if the train is coming by using the Monorail app ( 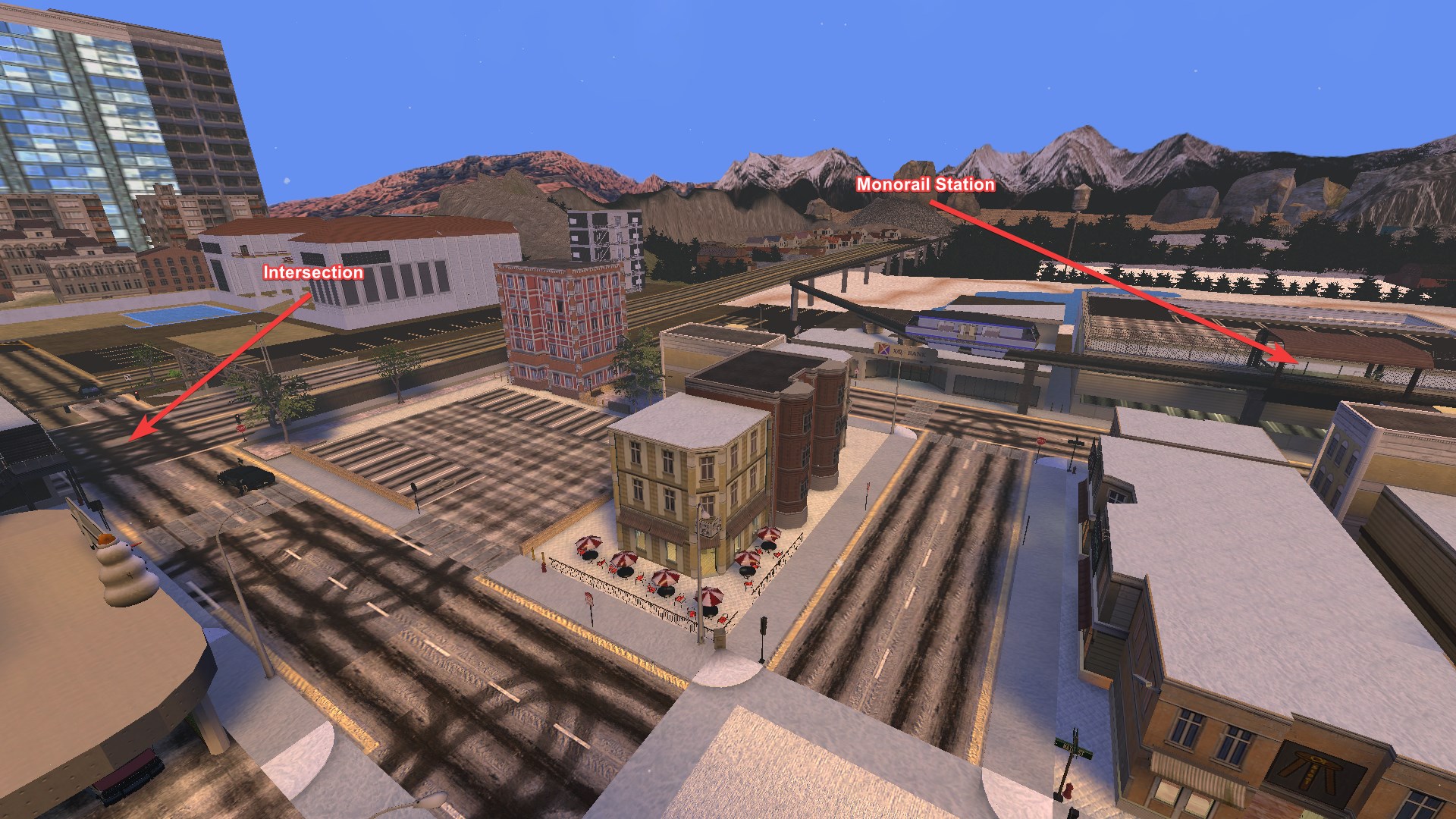 This rule is specifically relevant to the violation of any In-Character law, meaning that murders, thefts, etc, are all expected to be conducted realistically;

Some actions that are NOT ALLOWED:

During shootouts, if you are not a part of the situation, Rule 3.4 - Putting your life at risk is primordial.

If you witness a shootout, STAY AWAY! In order to preserve your well being you MUST NOT approach the area regardless if its in the way of your property, car, destination, friend, ... As a general rule of thumb, when you hear shots or see bodies on the floor (especially if still uncounscious) you should avoid that area. Ideally, you should stay at enough distance so that you are UNABLE to see the area of the shootout and/or the shooters, the bodies and eventually dropped guns.

The same way, if a shootout starts near you, you MUST run away and leave the scene, if this is not possible, either hide in a property if you can or else, surrender (Hold C and select "Surrender") so that everyone involved is aware of your non involvement.

Some BAD EXAMPLES when it comes to 3.4 during shootouts : 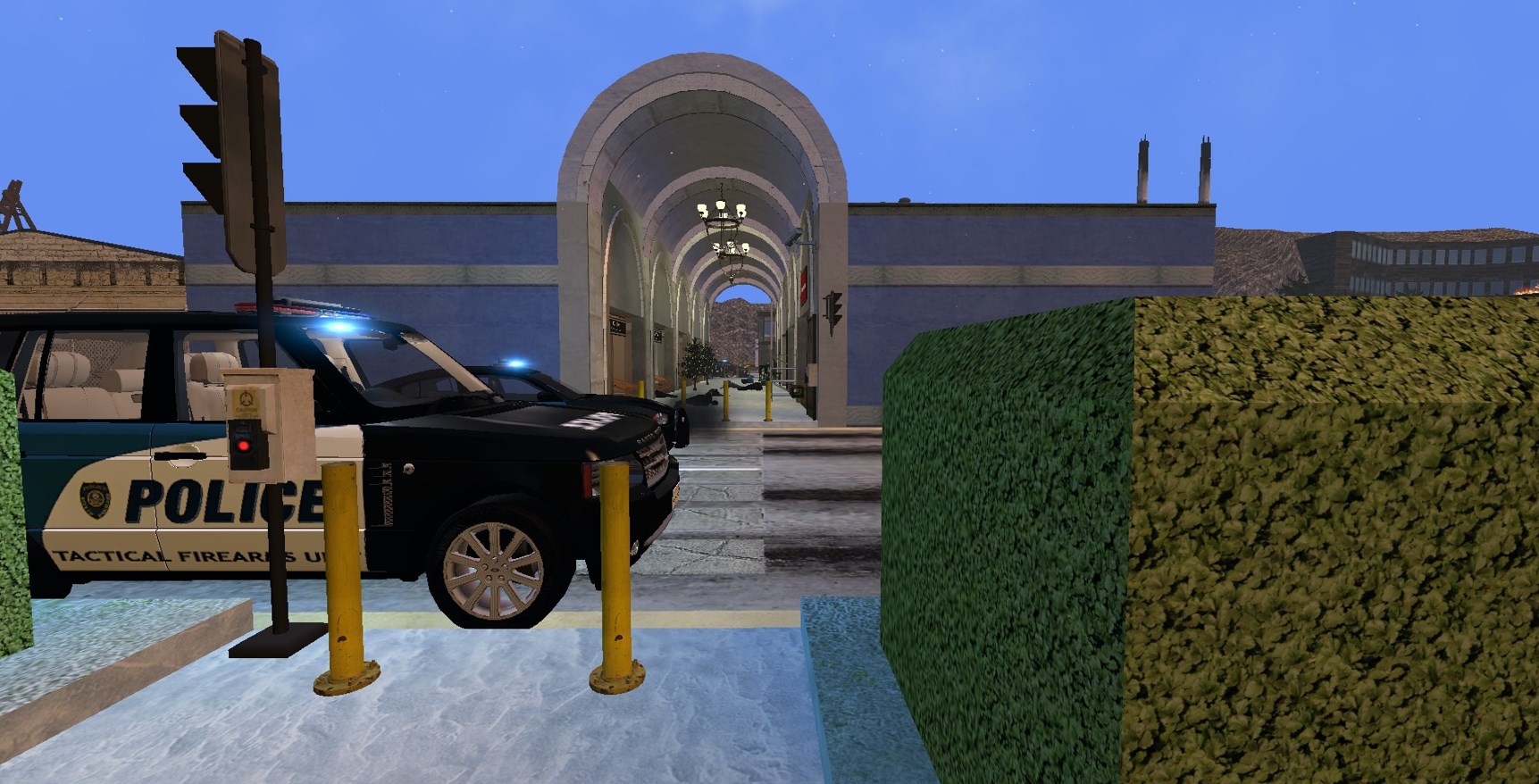 Whenever a player is gun pointed and is in no position to resist, he MUST adhere to rule Rule 3.4 - Putting your life at risk and comply with the orders given to him - regardless if you believe that rules are being broken, you must continue the roleplay situation and report it (F6) in the end.

The basic rules regarding gunpoint are the following:

Another situation where it may be justifiable to not follow orders under gunpoint is if you are very close to cover that would withstand the impact of bullets and protect you for long enough so you can pull out your weapon. Below are some examples of situations where Rule 3.4 - Putting your life at risk comes into play:

These last two examples show how cover can be used to gain an advantage, in both situations the attacker is at enough distance to allow the player to either take cover behind the wall in the first situation or to crouch behind the barricade in the second. However, if the attacker is close to you and you do not have enough time to pull out your firearm, you MUST obey his orders.