So you want to take it upon yourself to protect the Mayor at all cost but you have no idea where to start? then this guide is for you!

I would like to make a few things clear before explaining how to get the job.

1. You are not above the Law .You cannot do illegal things as a Secret Service member as you remain a government employee, this means that if you see a crime happening (even if it's done by other Secret Service or the Mayor himself) you have to report it to the police. this also means you cannot shoot someone for pushing or punching the Mayor. yes your job is to protect him but you also need to take the Laws in account if you fail to do so you are breaking rule 4.1 > 4.1 Government Employees. Government employees must at all times follow the entirety of the law.

3. You should still listen to instructions from police officers and other Law Enforcement Officers Your job is to keep the Mayor safe, not to fight crime. if an officer asks u to leave a situation it is probably in the mayor's and your own best interest to do so. Don't make a big deal out of it, just take the Mayor somewhere else.

4. You can see who other Secret Service Members are but normal civilians cannot. You can use this in your advantage, as normal people can't see the blue name you see above other secret service members their heads. the only thing that gives you away is your firearm and nightstick. so make sure you won't grab them unless absolutely necessary.

Alright after this being said we can proceed to the actual guide!

Alright first things first; you'd need to check if there's actually a Mayor to protect. you can do this by pressing TAB and checking the scoreboard to see if the Mayor's position is occupied and if he has enabled Secret Service Slots.

We can see there are as Secret Service and the Current Mayor here is Testa Lagusa.

after checking this you can proceed to the City Hall. this is the big white building where you initially spawned and if you did not spawn here by any chance it's across the Police Department walk inside and talk to one of the 2 NPC's behind the desk by pressing E on them. 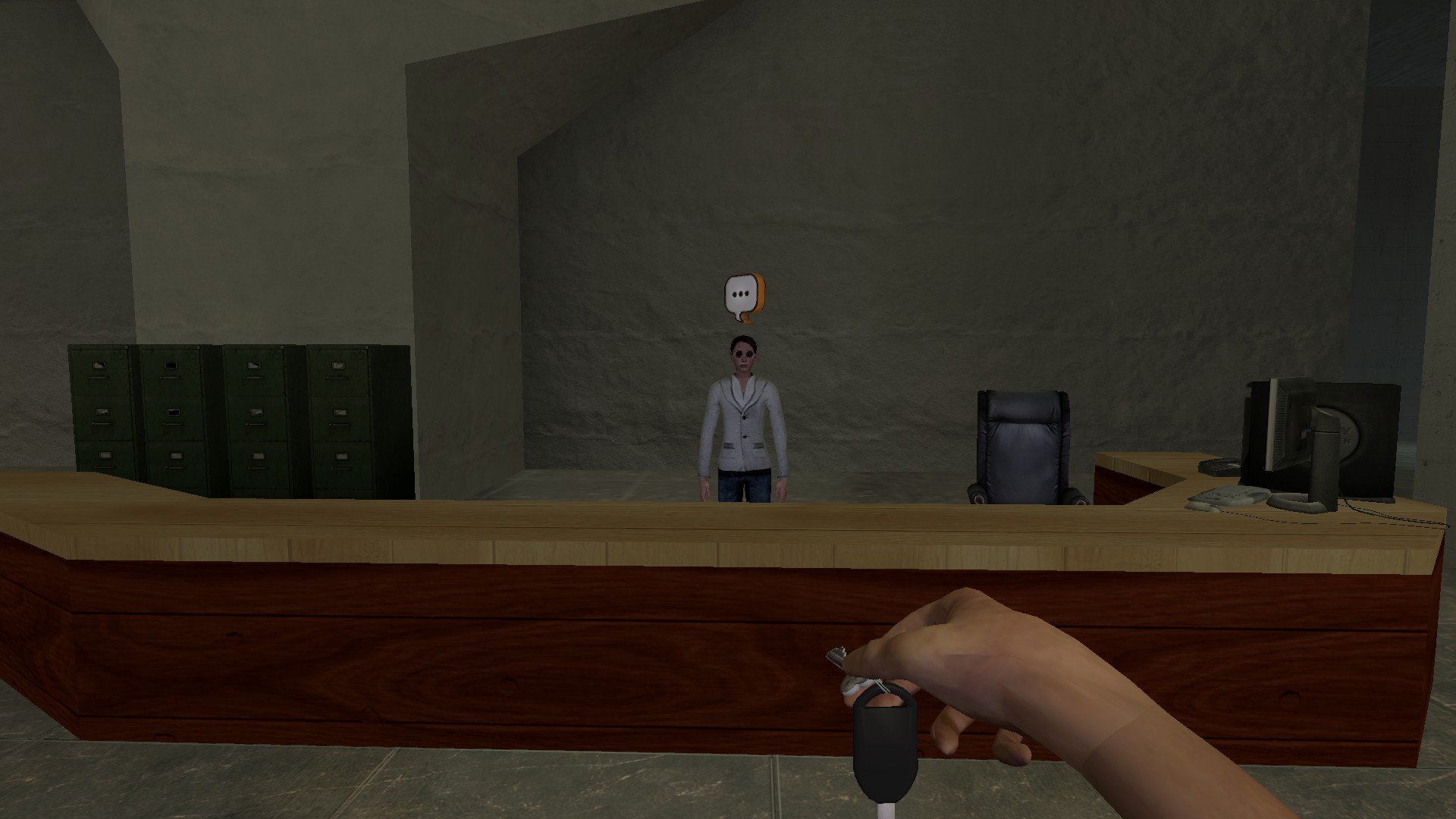 Here you can select that you want to Work as a Secret Service, after passing the quick test you'll then be let into the job. and you receive your firearm. Talk again to the NPC to Spawn an Escalade or Limo to drive the Mayor around (Which car is better is personal preference, I like the escalade, others like the Limo more).

If you need to you can walk to the Police Department and head inside to rearm yourself with your preferred firearm. choices are Colt M1911A1, Glock 18C or HK USP40. what suits you most is for you to find out. the menu looks like this. 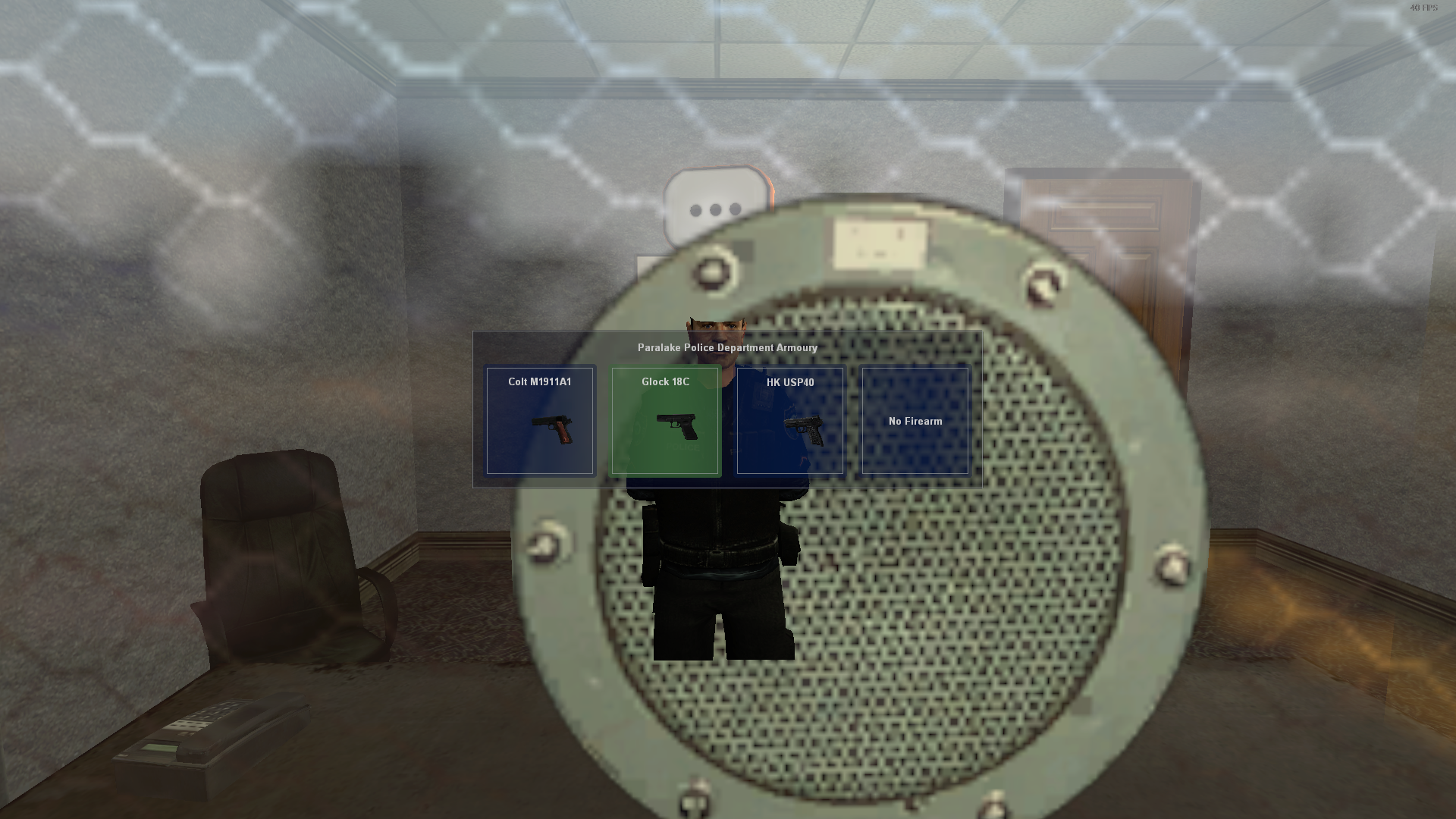 Next thing you'd want to do is locate the Mayor, you can do this by typing /gov and asking Mayor what is your Location? (or use the numbers 10-20 I used but keep in mind that the (Location) bit won't show up for the mayor.)

If the Mayor tells you he is in his office you can walk back inside City Hall and to one of the 2 elevators. 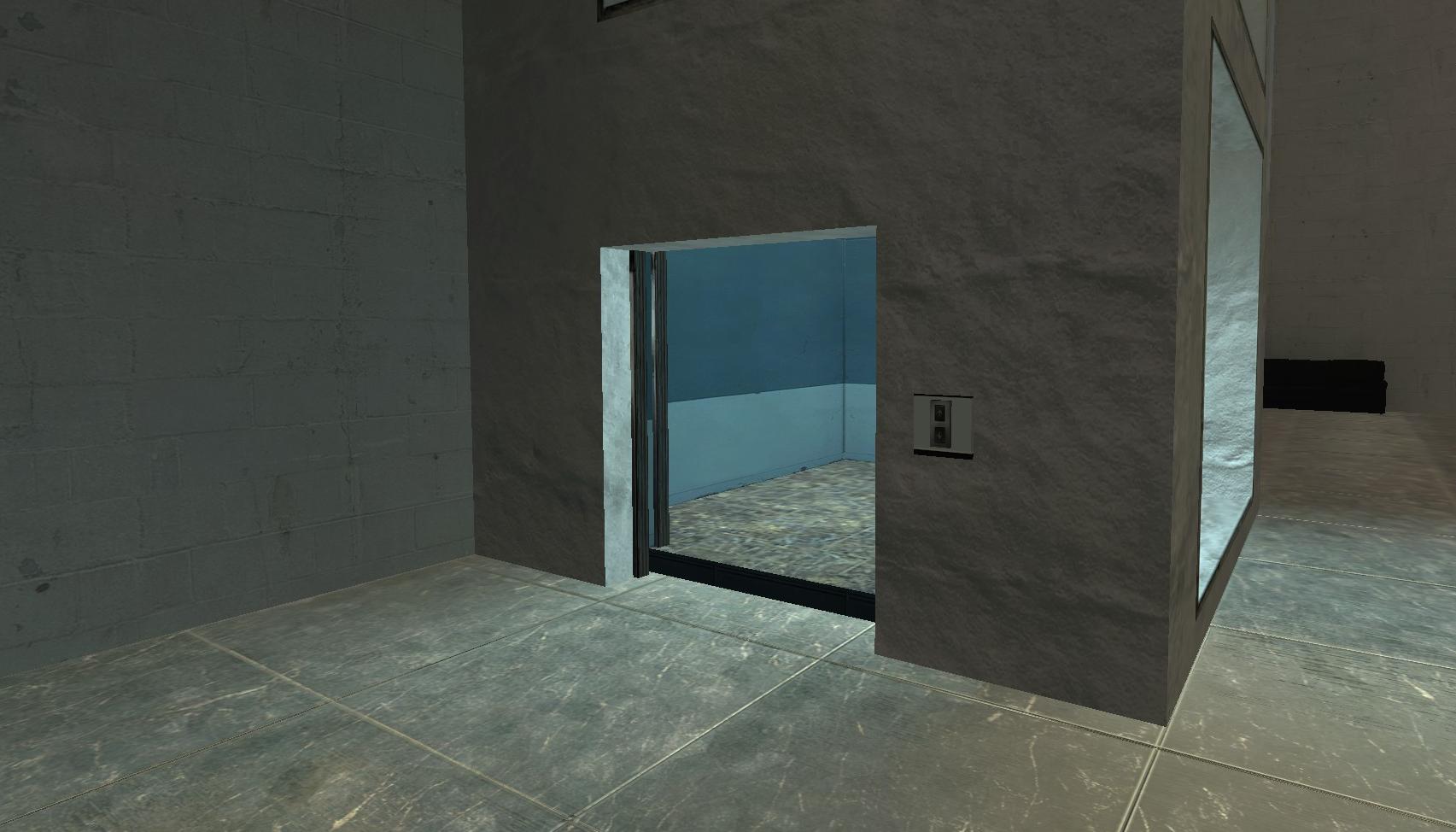 Press number 3 to go up and head up the stairs after the elevator arrived. go over to the other side of the room and take the left entrance. upon opening the door you should see this. 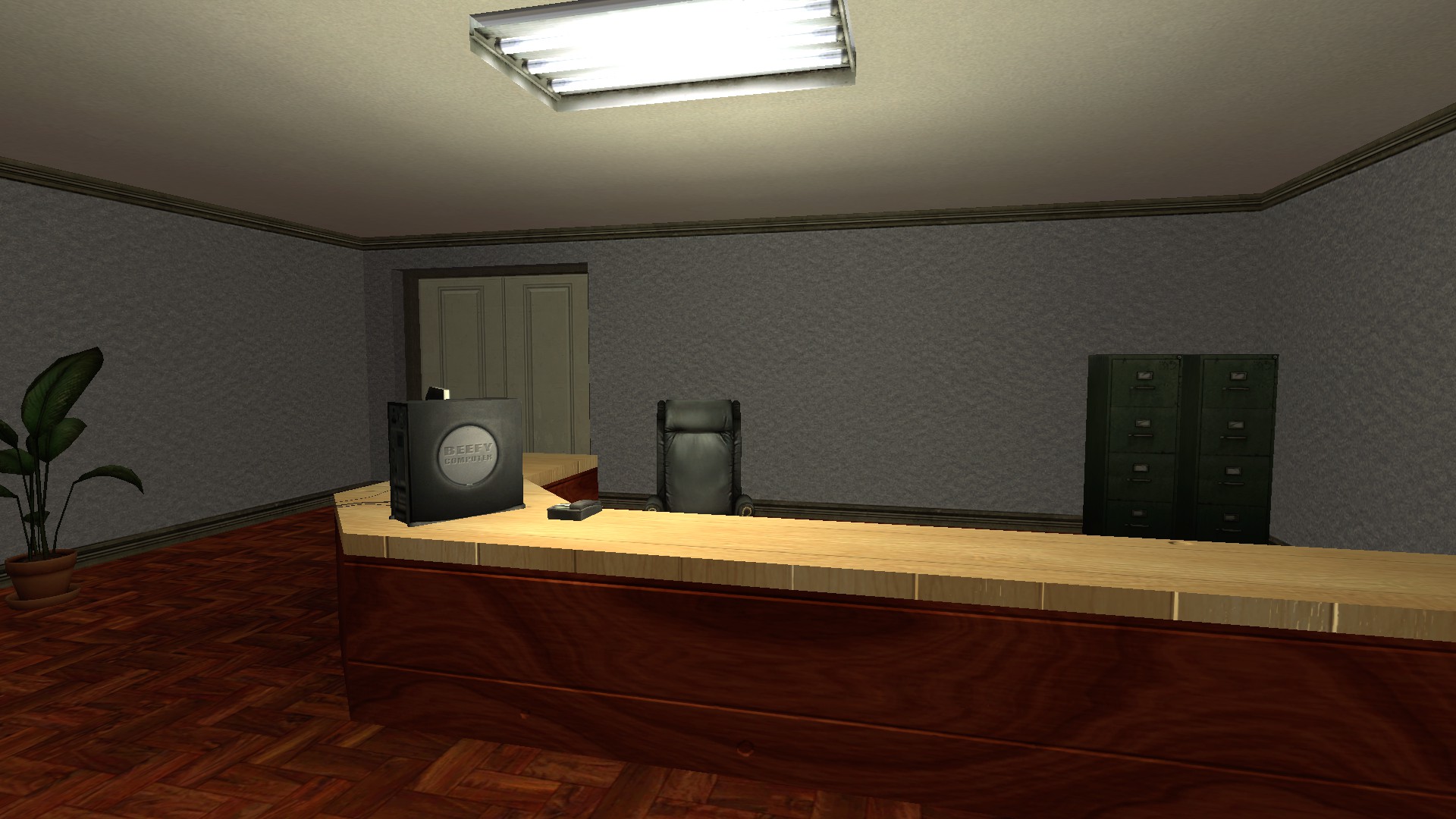 walk through that door and on your left you'll have the door to the Mayor's office. 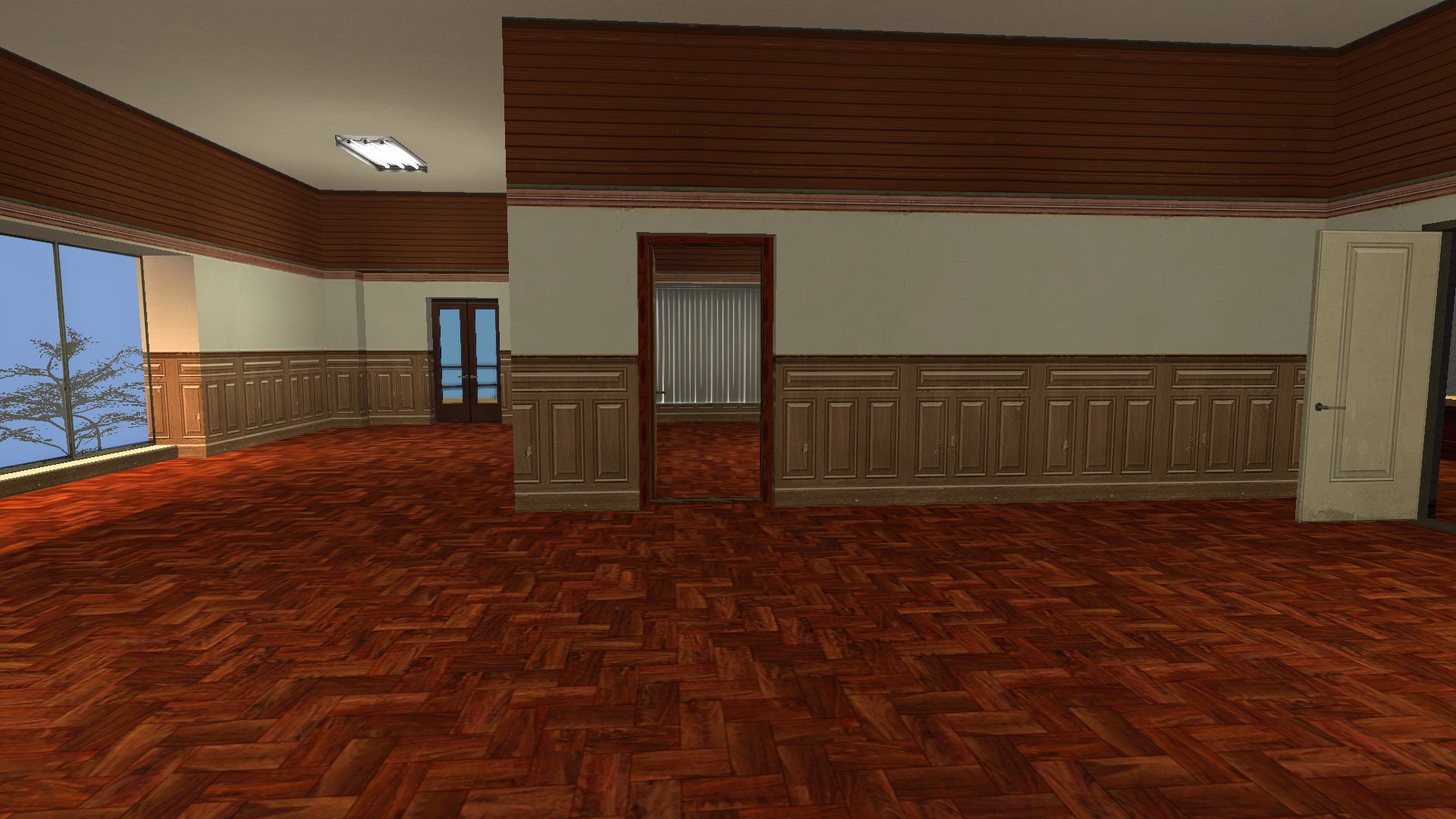 Walk inside and meet with the Mayor! 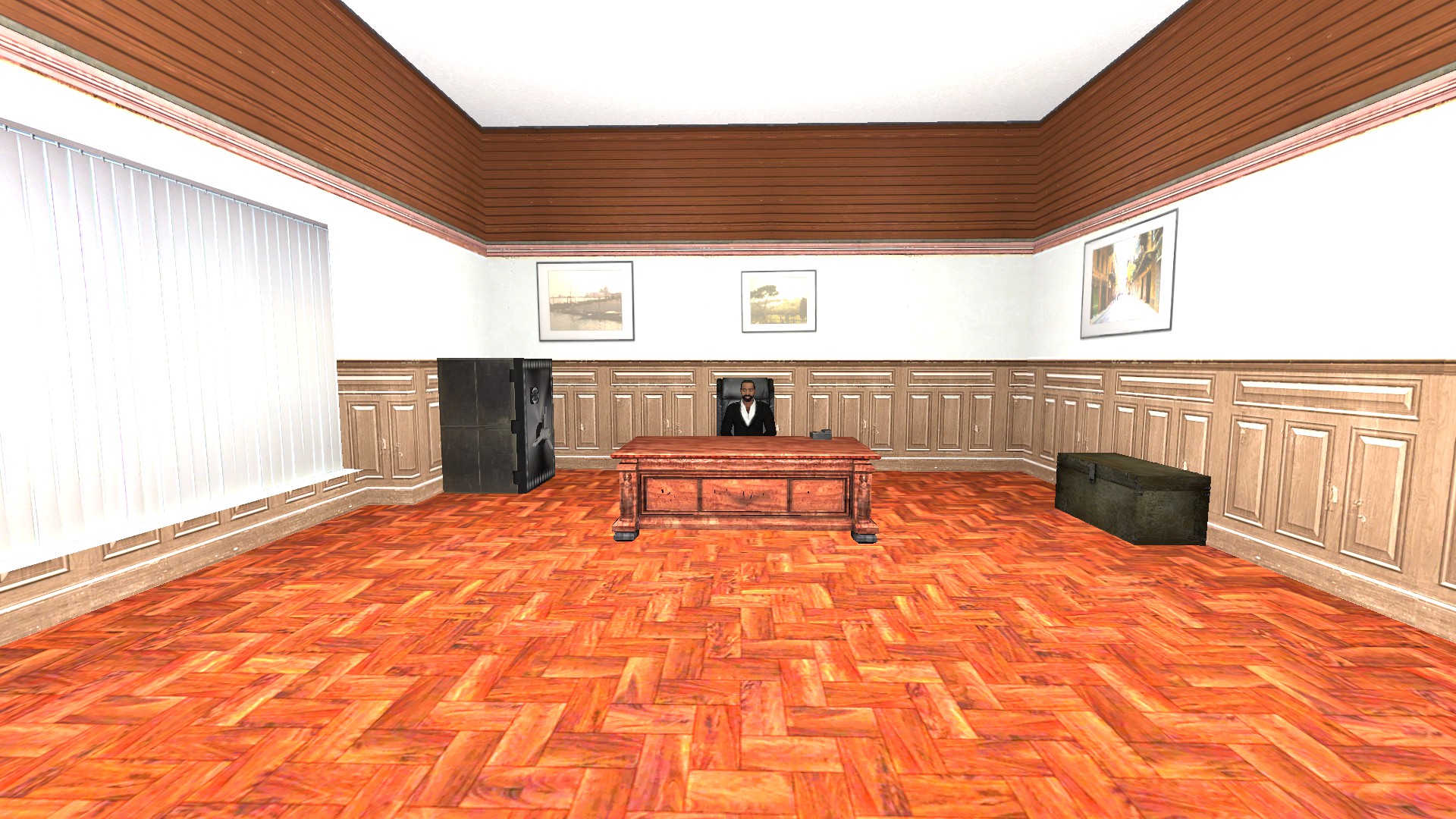 What you do from here is entirely up to you! (and a bit up to the Mayor) you could make a security checkpoint near the Mayor his office and ask him if he wants to have citizens over, you can ask if the Mayor wants to meet the civilians and drive him around, you can even purchase a house and throw the mayor a party! as long as you keep the Mayor his wellbeing in consideration and keep him safe! 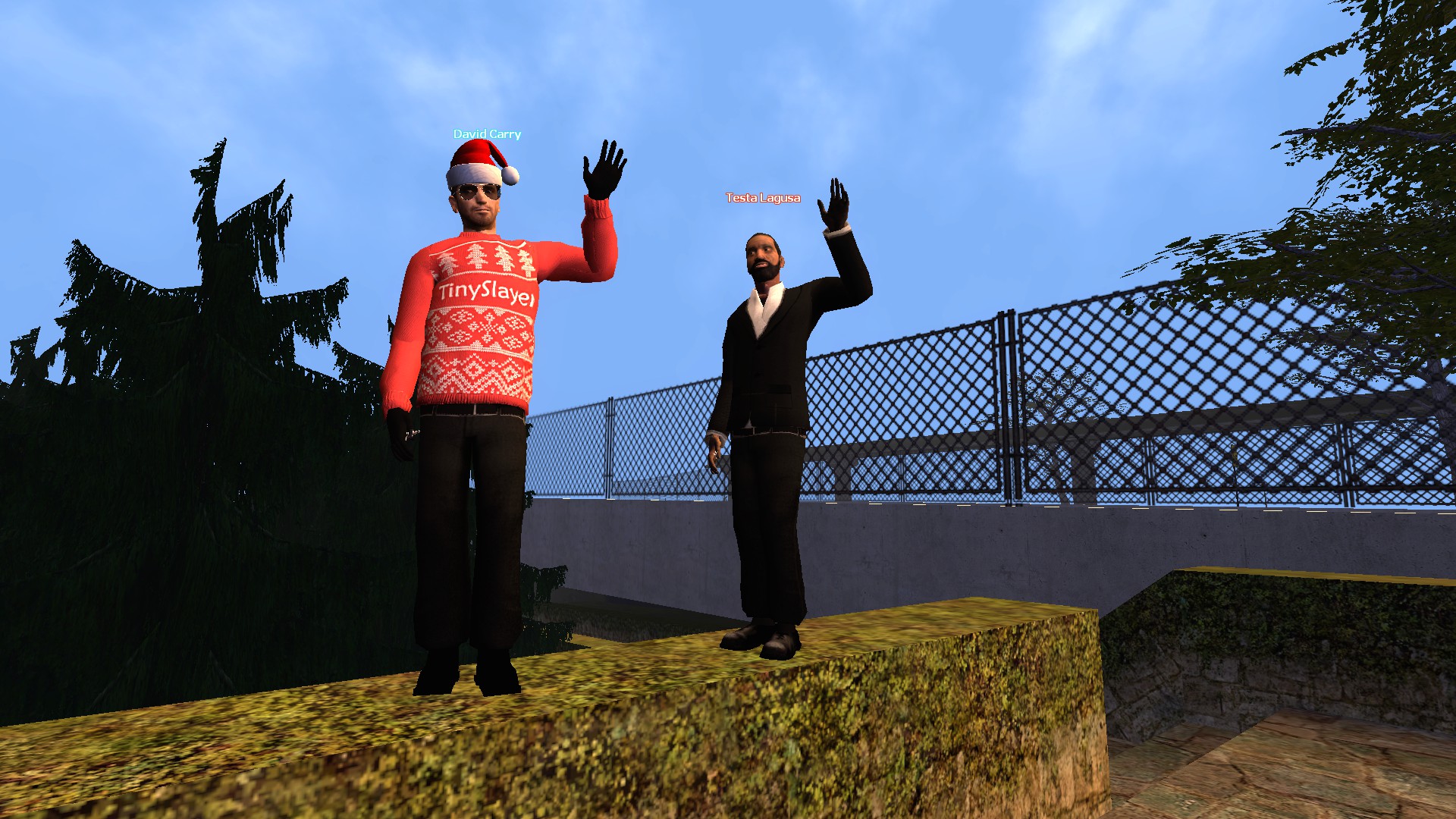